A family relocating to the Muncie area is being shown potential homes in the Old West End, by their realtor. They are looking for an older home to restore, of which a number of great bargains to be found. The parents ask about the school options available. Their son is in the seventh grade, and the home they are considering is in Muncie Northside Middle School’s area, which is about four miles away. They ask where their son will catch the school bus…

What happens next is up to all of us on November 5th.

It’s hard to imagine that there’s even a question here; that there is a large number of people in Muncie that would be perfectly fine with the realtor replying “Oh, we don’t have school buses in Muncie.” There not only is, but they are in profound earnest.

The crux of the matter has to do with the increase in property taxes that would be required. As we are reminded, ad nauseam, 73% of the voters in Delaware County voted for the “1-2-3” circuit breaker tax caps to be part of our state constitution. Surely, though, they had to be aware that there would be some alteration and adjustment necessary, right? They didn’t seriously believe that such a dramatic overhaul of our taxation system would be as easy, literally, “1-2-3,” did they?

Apparently, they do think things are that simple. Consider their objection to the school bus referendum, and the total lack of thought that has gone into the ramifications:

How are the working parents of elementary school students expected to get their kids to and from school, safely? Sure, the older kids can walk – weather permitting, of course – but are people really suggesting just letting kindergartens and first-graders walk to and from school by themselves? What about the kids that take the bus to afternoon day care?

Currently, we have two middle schools and two high schools, servicing the entire city, with students living up to five or six miles away. Are they all supposed to walk ten to twelve miles a day in the winter?

Are employers ready to deal with the stress of employees needing to leave to drop off and pick up their children? Also, think of the traffic issues involved in having hundreds of cars picking up and dropping off kids, one or two at a time.

It’s only easy to say “let them walk, they could use the exercise,” if you don’t actually think about what you’re saying, and what that really means.

Besides, in the end, the people urging you to vote no don’t really care, one way or the other. Some just don’t want to part with the money, no matter how little it may be, or that when it is all said and done, the tax caps are still saving them thousands of dollars. Others see this as their chance to finally get back at MCS for not listening to them about some decades-old decisions – even though the people they are mad at are long gone. Still others are just curmudgeons and cranks, consumed by cynicism and paranoia.

This isn’t some money grab by a bloated government bureaucracy, some sort of scam, extortion, or conspiracy. It’s a very real problem, with very real consequences, and a solution that, unfortunately, isn’t free. In other words, it’s reality.

Why am I voting yes? Why should you? Because the alternative is having to say “Oh, we don’t have school buses in Muncie.”

It’s really as simple as that. 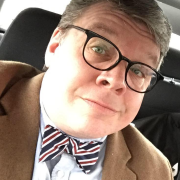 Hope You Enjoyed the Article

Extra-Curricular Activities For Your Kids