The fact that the citizens of “red” and “blue” states live in what are essentially two countries with very different governments has largely flown under the radar, but it may become the defining story of our time. The two major parties are not only highly polarized ideologically, but as Dan Balz noted in The Washington Post, “polarization has ushered in a new era in state government, where single-party control of the levers of power has produced competing Americas.” Three-quarters of US states are now controlled by one of the two major parties — the most in 60 years — and “officials in these states are moving unencumbered to enact their party’s agenda.”

When the Supreme Court ruled that states could decline Obamacare’s Medicaid expansion without facing a penalty, the justices set in motion a process that’s now pushing our two countries even further apart as about half of the states passed on the opportunity to insure their poorer residents.

The overall numbers are in, and for all its warts, Obamacare appears to have extended insurance coverage to about ten million people who didn’t have it before. (The precise number varies from study to study, but as Josh Marshall of Talking Points Memo points out, they’re all in the same ballpark.)

According to Gallup, the share of Americans who lack health insurance has fallen to the lowest level since before the Great Recession began.

But the Urban Institute offers a fascinating finding: The rate of uninsured is now almost 50 percent higher in states that refused the Affordable Care Act’s (ACA) Medicaid expansion (18.1 percent) than in those that embraced the policy (12.4 percent).

This chart tells the story:

This growing coverage gap isn’t entirely a result of the Medicaid expansion — the rate of uninsured dropped by four percentage points in expanding states and 1.5 points in states that refused the expansion. Rather, it reflects the fact that “red” and “blue” states have always had very different budget priorities — the latter, as a group, have long spent more on health care, education and anti-poverty programs, and Obamacare’s ACA expansion, which offers billions of federal dollars to states that take it, is now deepening that divide.

Now that legislating is all but impossible in a deadlocked Washington, these kinds of differences between “red” and “blue” America will only grow starker. And it goes well beyond health care — last week, Maryland joined Connecticut in raising that state’s minimum wage to $10.10 per hour, and a number of other states under Democratic control are expected to follow. The same dynamic is playing out with other issues — from paid sick leave to prison reform to efforts to tackle climate change.

We’re witnessing an important real-world experiment in state governance, and as the Urban Institute study shows, the results are already coming in. 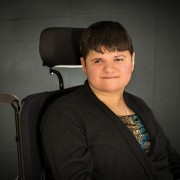 Bill Moyers returned to television in January 2012 with Moyers & Company, a weekly series of smart talk and new ideas aimed at helping viewers make sense of our tumultuous times through the insight of America’s strongest thinkers. Airing on public television and radio stations across the country, the series continues Moyers’ long-running conversation with the American public by offering a forum to poets, writers, artists, journalists, scientists, philosophers, and leading scholars. It also features Moyers’ hallmark essays on democracy.
Hope You Enjoyed the Article

Women in HVAC? Why Not?

The Divided States of America

The Benefits Of Having A Support System